Did you know that in the 1950s, Secaucus’ population of a certain animal was 16 times larger than the human population? (It’s not good.)

What was the animal? 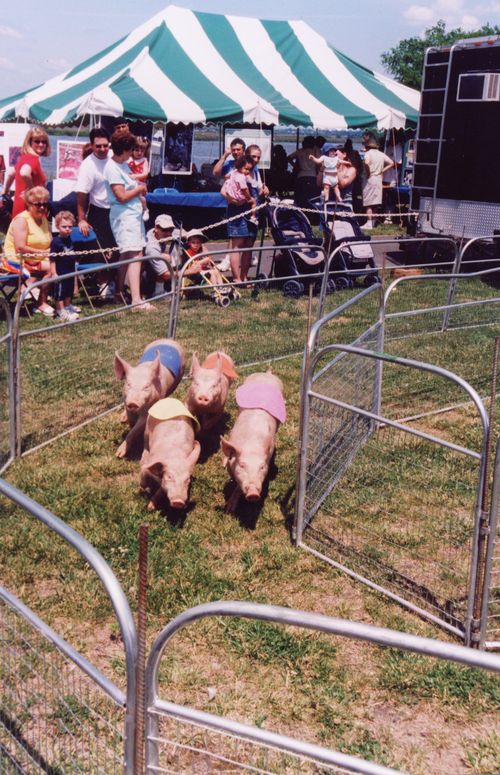 That was the scrunched-nose reaction of first-time travelers through and around Secaucus from the early 20th century up until the early 1960s. Whether you came by way of today’s New Jersey Turnpike, Route 17, or Route 3, no one was immune to the nauseating foul stench that permeated the air.

In parts of South Bergen, the awful odors were attributed to the then many chemical facilities and manufacturers of sweet perfumes. But in Secaucus, there were few who doubted the source of the smell was the town’s beloved pig farms.

“In those days, cars didn’t have air-conditioning, and it didn’t matter how hot or humid it was – we weren’t about to roll down our windows,” said Rich Fritzky, a Hackensack native whose family made many trips through the Meadowlands in the 1950s and early 1960s.

According to a story in the Hudson Reporter, in the early 20th century Secaucus counted 250,000 pigs on 55 farms. To put that number in context, the pig count in Secaucus was once approximately 16 times that of the human population.

Throughout the early part of the 20thcentury, Secaucus’ governing body was controlled by pig farmers, who fared very well, given their proximity to the mighty New York and Newark meat markets.

Secaucus’ penchant for pigs drew national attention when pig farmer and tavern owner Henry Krajewski ran for president in 1952, 1956 and 1960. 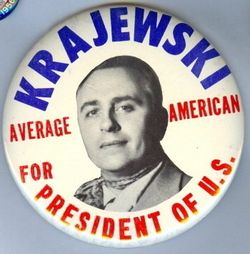 As the self-proclaimed candidate of the Poor Man’s Party, Krajewski ran on a campaign platform of  “A  Pig in Every Pot.”

But not all Secaucus residents were keen on promoting their pigs. They denied for decades the origin of the suffocating smell, for fear that they would be pressured into giving up their precious pigs.

By the mid-1950s, the pigs found themselves in the way of progress. The New Jersey Turnpike was being constructed through Secaucus, and those in Trenton were wary of offending the unlimited travelers to come.

The politicians actually began taking up the issue of expelling the pigs from Secaucus in the interest of the State, but Mother Nature struck first when a bacterial disease wiped out a good portion of the population.

Neighboring municipalities then seized the opportunity to pressure Secaucus into giving up its pigs, and although the once insurmountable Secaucus pig lobby fought valiantly to the end, the pigs were all but gone as the 1950s came to a close. The pig farms soon gave way to housing and industrial and commercial development.

As a final death blow, Secaucus adopted a health ordinance in the mid-Sixties that outlawed pig farming.

But let none forget that Secaucus, for the better part of a long century, once belonged to the pigs.