Laurel Hill in Secaucus is the locale for many of our free guided walks, including one next month — on Sunday, March 20. But the site offers more than great birds — it offers an amazing history lesson as well. 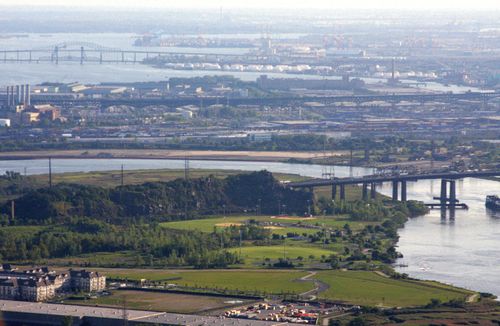 Rising 150 feet from Laurel Hill County Park in Secaucus and abutting the eastern spur of the New Jersey Turnpike, Snake Hill is a common sight for Secaucus residents and those passing through town on the Turnpike.

Just as impressive is Snake Hill’s fascinating history as the one-time home to Hudson County’s most notorious institutions, including the County’s Almshouse, Penitentiary, Asylum and Tuberculosis Sanatorium. 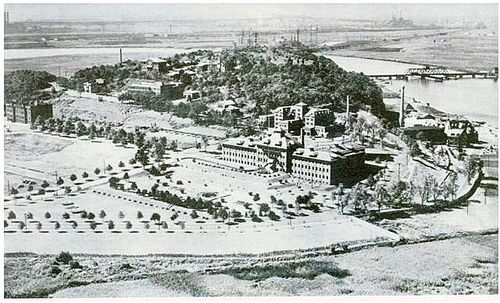 Hudson County purchased Snake Hill in 1855. At the time the rock jutted 200 feet into the sky, and its base area consisted of 25 acres of rugged open space.

As legend goes, early Dutch settlers found the rock infested with  numerous snakes as long as 15 feet. They named the area “slangenberg,” Dutch for Snake Hill. L. E. Travis, editor of the Bayonne Evening News, reported in the late 1870s that, upon sailing the Hackensack River near Snake Hill, “for not less than a quarter mile of shoreline, the steep bank was a mass of hissing, squirming, villainous water snakes.”

The County Almshouse was constructed in 1863 to provide a home to the feeblest of the region’s residents. A penitentiary followed in 1870. The asylum was built in 1873 with accommodations for 140 patients. A county general hospital, a tuberculosis sanatorium, a boy’s camp and churches were soon added to the sprawling base of the hill.

A report produced in 1873 noted that 427 people were housed in the almshouse at a cost of $89 per person per year. A new almshouse was built later and the original facility came to serve as an infirmary. The number of residents at the Almshouse increased to 689 by 1913, with the per capita cost of care soaring to $150 per year.

Snake Hill’s grounds were said to have been immaculately kept for decades, and the appearance of gabled roofs and stone walls on the institutions gave life to an illusion of a grand and tranquil estate. This impression belied the fact that it was the unwanted, the impaired and the criminally scorned of Hudson County who resided on Snake Hill.

Snake Hill’s name was officially changed to Laurel Hill in 1926, supposedly because Hudson County officials regarded the area as the “crowning Laurel” of the region. But Snake Hill would soon be dismantled. By the 1930s the asylum and tuberculosis hospital were relocated, and by 1957 the only county charges remaining were 87 elderly citizens huddled in the almshouse and 117 bed-ridden, chronically ill patients in a geriatric ward.

The relocation of these patients and the demolition of the structures that defined Snake Hill followed. On May 8, 1958, Hudson County awarded a contract to demolish 34 buildings on Snake Hill. After the blasting, only a ragged ridge running east to west at a height of 150 feet remained. Four-fifths of the hill’s base was also razed.

No remnants remain today of the guardhouses, hospital, prison and almshouse that once defined Snake Hill. Parts of the rock formation are scarred by spray-painted Greek symbols representing area college fraternities, giving the hill its parochial moniker, Fraternity Rock.

While the demolition forever altered the shape of Snake Hill, it would not erase Snake Hill’s history

The legend of Snake Hill was revived for a new generation in the early 2000s, when workers building an exit for the New Jersey Turnpike in Secaucus unearthed a potter’s field. The remains of more than 4,500 people were determined to belong to former residents of Snake Hill’s institutions.

The Turnpike project was halted until the remains were removed and given a proper burial at Maple Grove Park Cemetery in Hackensack, where a monument now honors those once deemed “poor, medically or mentally unhealthy, criminals, or nameless.”

“We now recognize these people as our mothers and fathers, brothers and sisters, sons and daughters, who were lost but now are found,” the monument reads. “May this site serve in perpetuity as their final resting place and a sanctuary of peace.” 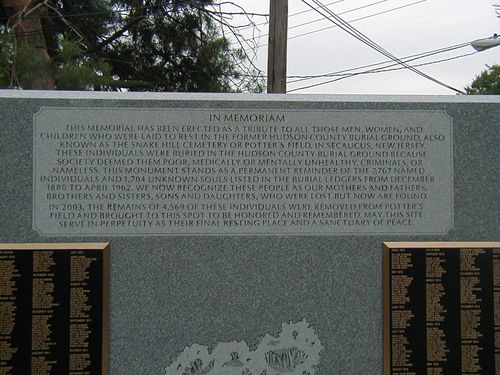 A Piece of the Rock

Legend has it that an advertising agent passing by Snake Hill on a train in the 1890s took notice of the rock’s formidable Southern exposure and immediately thought of a client, the Prudential Insurance Company of America.

The ad man allegedly had the impression that the scope and scale of Snake Hill would be the perfect image to capture the strength of Prudential’s services. Eventually Prudential used the Rock of Gibraltar as its corporate symbol, but Snake Hill was, apparently, the original inspiration. 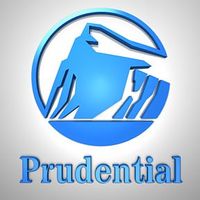 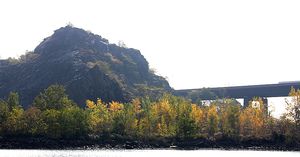 2 thoughts on “All About “Snake Hill””